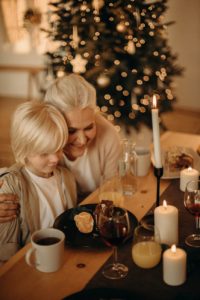 Before experiencing 2 years of homelessness, Janet had a home with her husband and two adult children. She described her life as pleasant and filled with love. At the age of 54, Janet suffered the loss of her husband. His death began the dissolution of Janet’s life as she knew it. Her physical and mental health were impacted; meanwhile, she struggled to maintain her finances and home.

“I can’t believe I went through that,” she shared when describing being homeless in Oxnard and Ventura. She explained that her relationship with her children had deteriorated, as everyone went their own way. She was further affected by the stress and trauma of being homeless. Janet came to utilize several of the social services in Ventura, and had the opportunity to obtain permanent supportive housing with Many Mansions.

It has been approximately 2 years since Janet has maintained her apartment with Many Mansions. During her transition, Janet was met with further challenges in apartment living and her sense of self-determination. She would routinely meet with her on-site case manager for support. Janet expressed that she would like to improve her physical and mental health, and developed a case plan with case management. Janet also expressed a desire to obtain her driver’s license, and put her desire into action as she studied for the exam and passed.

Her family means a lot to her. Janet reconnected with her adult children, and she is now a grandmother. She describes her life as increasingly stable. “I want to be there for my grandkids,” she shares when discussing her wellbeing. Janet sheds a tear when she recounts the past 4 years of her life. Her strength is her optimism, as she looks forward to the future.