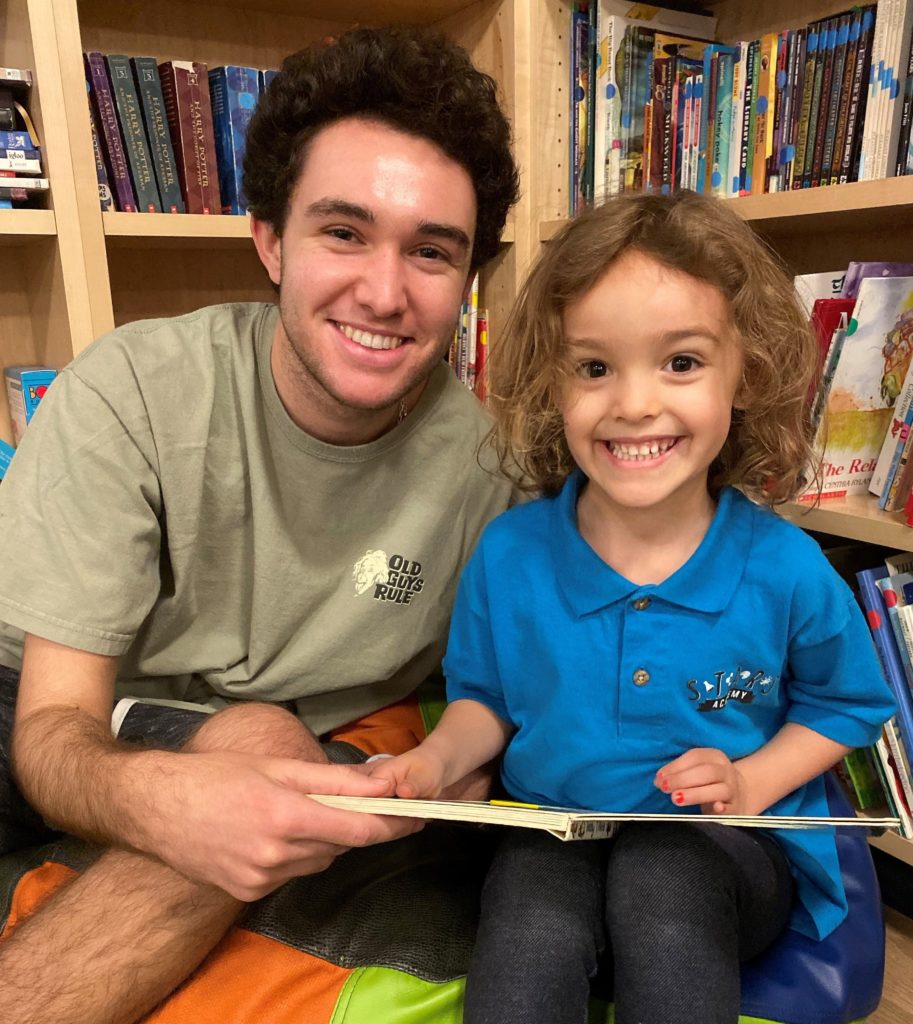 My Many Mansions journey started back in 2014 when I was just 12 years old. It feels like just the other day, I was being interviewed for a summer camp volunteer position. Now, here I am, the assistant coordinator at Villa Garcia. While my involvement within the organization has transformed over the years, my purpose has remained the same. For me, it is all about being there for kids who, otherwise, might not always have someone there for them.

I began volunteering with Many Mansions in 2014 as a summer camp volunteer at Villa Garcia. I remember not knowing exactly what to expect but being excited nevertheless. It definitely took some time for the kids to get used to seeing a new face all the time, but I think it is safe to say I grew on them. I enjoyed that first summer so much that I came back the following summer to volunteer again. To my delight, when I came back, I was no longer a stranger but rather a face the kids truly looked forward to seeing and hanging out with. It was after this second summer that I then found out about Homework Club, the organization’s school year program. In 2015, I started volunteering for both summer camp and Homework Club every year. While I was able to form strong bonds with the kids of Villa Garcia after volunteering two summers in a row, starting to volunteer during the summer and school year dramatically expanded my role. I soon became more than a volunteer. I became a friend. I became someone who was consistently there for the Villa Garcia kids, someone who was there to help them with whatever they might have been dealing with or going through, whether it was lots of homework or something entirely different.

The reason why so much of what I have said is in the past tense is because I am no longer a volunteer at Villa Garcia. Well, that is not entirely true, as I believe the volunteer inside me will never cease to exist. With that said, though, I am now, about 6 years later at the ripe age of 18, the assistant coordinator at Villa Garcia. While I just recently assumed this position, it has already been so rewarding. Now, instead of being with the kids of Villa Garcia for a day or two a week as I had been as a volunteer, I now get to be with them and positively impact their lives on a daily basis.

The best part is that it rarely feels like work. It feels like I am spending time with my family. I guess that is the real reason I decided to come back and volunteer year after year. It never felt like work. I could not have cared less about getting the volunteer hours. All I cared about was being a rock and role model for my friends at Villa Garcia. Being able to help them in whatever way possible, big or small, is what has always been most important to me. Although Villa Garcia started out simply as the place I came to volunteer, today it is truly so much more. It is the home of my second family, and a place where I always feel at home. I cannot wait to see where the future takes me and this organization. No matter where we go or what happens, I know the kids of Villa Garcia will always be with me and I will always be with them.