A new apartment complex in Oxnard is addressing the problem of affordable housing for homeless veterans and other former service members in Ventura County.

On Monday, 11 veterans moved into Ormond Beach Villas, a complex opened by affordable-housing nonprofit Many Mansions that eventually will house 39 veterans and their families. The townhouse-style complex consists of 15 one-bedroom, 20 two-bedroom and five three-bedroom apartments at 5527-5567 Saviers Road.

“Many Mansions is excited to bring this needed housing to our veterans and their families. Ventura County is home to over 44,000 veterans, and is ranked as the 13th least affordable county in the nation,” Rick Schroeder, president of Many Mansions, stated in a news release.

END_OF_DOCUMENT_TOKEN_TO_BE_REPLACED 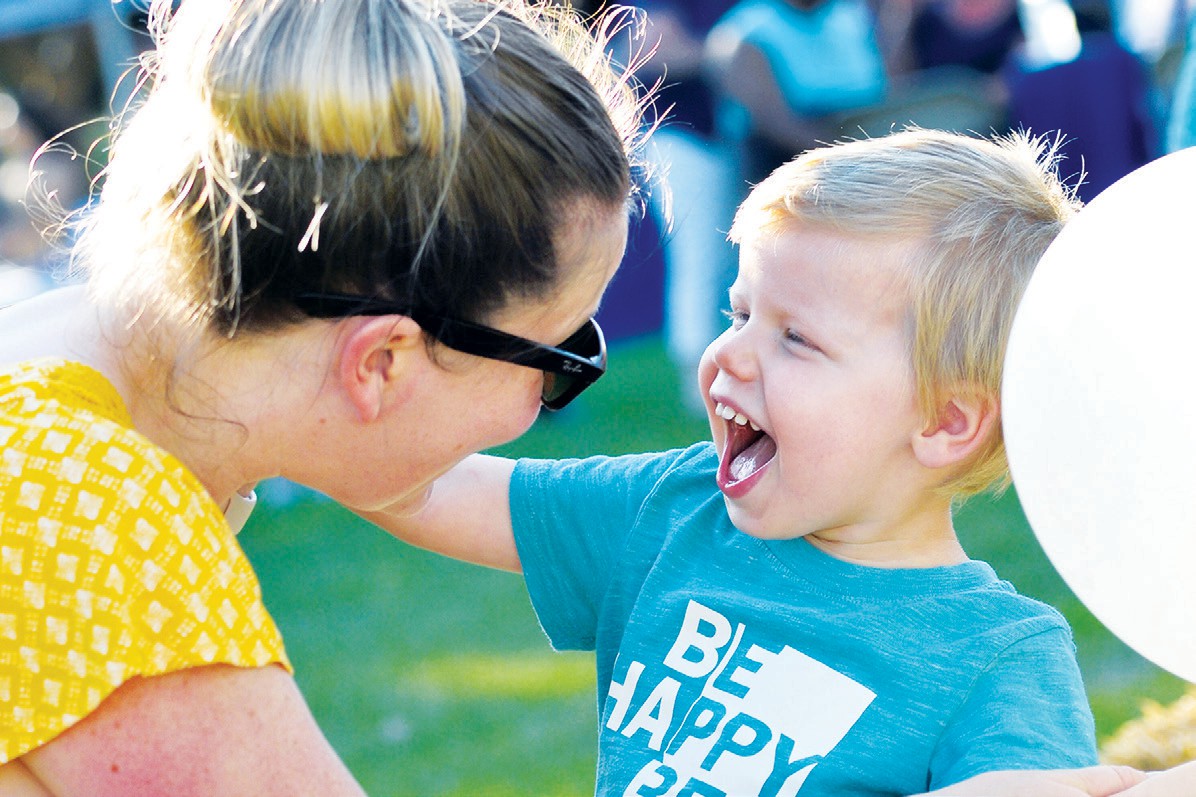 BRINGING IT HOME—Clockwise from left: Newbury Park resident Lana Clark and her 2-year-old son, William, share a moment during the 40th anniversary celebration for Many Mansions on Aug. 24 at the Civic Arts Plaza. Special events coordinator Samantha Werfeld cuts the anniversary cake. Many Mansions President Rick Schroeder welcomes guests to the celebration. Vocalist Amber Shannon sings with the rock band Nocturnal Drifters. Since 1979, the mission of Many Mansions has been to develop and provide quality affordable housing and life-enriching services to low-income individuals and families.

To Inez Welch, Many Mansions saved her life about 13 years ago when she was homeless, living in her vehicle after a bad car accident.

The organization that provides affordable housing accepted her into Richmond Terrace in Thousand Oaks.

That’s why she came to the 40th anniversary celebration of the nonprofit organization held Saturday on the grounds of the Civic Arts Plaza in Thousand Oaks.

Welch is grateful. She lives alone but said it feels like a community.

“I like our group meetings on Tuesdays,” Welch said. “I love the parties we have every summer and I love how we interact with one another and get along.”

Welch is one of about 1,200 adults and 300 children Many Mansions has come to serve in the past 40 years as it has expanded to own and manage over 548 units of affordable housing.

It all began in 1979, when Frank Schillo and Lois Jackson Kurtz from St. Paschal Baylon Catholic Church in Thousand Oaks organized a meeting of 25 concerned citizens to address rising rents in the community.

Many Mansions, a name they chose from the Bible, originally provided rent assistance through an adopt-a-family program for donors, but with no control over rent hikes or housing conditions, the organization in 1986 decided to embark upon its first development project. Along with the city of Thousand Oaks and the Conejo Future Foundation, they developed Schillo Gardens for low-income families.

Stories like Welch’s are what have kept Rick Schroeder involved with Many Mansions since 1996, first on the board of directors and as executive director since 2002.

Schroeder feels their greatest achievement in the last 20 years has been changing people’s attitudes towards affordable housing.

“With people in the community and businesses 20 years ago, there was a hostility toward low-income housing,” Schroeder said. “Their perception was it was a bunch of homeless people, a lot of crime, a lot of gangs. But over the years we’ve changed that because we’ve built so many really nice properties.”

The community at large has also realized the need, Schroeder said.

Ashley Huizenga has lived at Hillcrest Villas for six years with her husband and five children, ages 10 months to 16.

“Many Mansions is a blessing because many of us can’t afford to live in California,” Huizenga said. “With our income we could have a home in any other state, but here we cannot. I stay home with the kids while they’re young and then I work and my husband works.”

Huizenga said Many Mansions also helped her get scholarships for college and she obtained her preschool teaching degree while a resident at the property.

Geno Diacono has been sober 23 years. He was living in his van before he connected with Many Mansions. Now he lives at Hillcrest Villas with his Chihuahua, Mea.

“They make everything affordable for us,” Diacono said. “There’s a lot of donations we can get our hands on and they have a lot of good classes in the afternoon.”

The development of Hillcrest Villas is Schroeder’s personal highlight because the project took over six years to complete.

“The population is half affordable and half formerly homeless, so that was a challenge, and yet it’s probably one of the most beautiful apartment buildings you’ll ever see,” Schroeder said. “It was really a difficult development, but one I’m probably the proudest of.”

The demand for affordable housing, however, far outstrips what’s available in Ventura County. Earlier this year, Many Mansions closed its general waiting list after the anticipated wait time grew to more than 10 years.

Schroeder told The Star in March that Many Mansions would reopen its waiting list when the number of households on the list drops below 2,000, which he estimated could take three to five years.

Schroeder anticipates the organization’s growth to double within the next three to five years. He said Ventura County will always be their base, although they have begun work in Los Angeles County.

“As a leader in supportive housing, we want to develop more types of affordable housing — senior housing, more family housing,” Schroeder said. “We hope to expand our list of partners, be it joint venture development partners, service providers, financial, etc.

“Affordable housing is a large and difficult area and we need as many partners as possible to be successful. Collectively we all sense there’s a problem here and we all need to do our part.”

The City of Thousand Oaks celebrated a ceremonial street naming for Many Mansions last week at Crescent Way and Skyline Drive, the site of Fiore Gardens, the nonprofit’s first property in 1988. Fiore Gardens provides 29 units of low-income housing for individuals and families.

“It is fitting that the City of Thousand Oaks would honor us in this way in front of Schillo Gardens Apartments, the first of many affordable housing communities developed as a result of our strong and consistent partnership with the city since our founding 40 years ago,” said Rick Schroeder, president of Many Mansions.

Many Mansions is a nonprofit that develops affordable housing through new construction or rehabilitation and then manages the apartments, providing on-site services aimed at supporting the residents and addressing the root causes of their poverty. The organization owns and operates 16 affordable housing complexes with over 500 units in Ventura County.

To celebrate its 40th anniversary, Many Mansions is holding a special event from 4 to 6 p.m. Sat., Aug. 24 at Thousand Oaks Civic Arts Plaza, 2100 E. T.O. Blvd. There will be food trucks, carnival games and a live band.

There is no cost to attend; food is sold separately. Register at MMEvents@manymansions.org.

The funding comes from the California Department of Housing and Community Development.

Non-profit developer Many Mansions is seeking to build a four-story, 26-unit affordable housing development in the Sunland-Tojunga neighborhood. The development is called Sun King. The LOHA-designed project would feature a terra cotta shingle exterior and multiple open-air decks carved into the structure.

This editorial originally appeared in the Real Estate section of the San Fernando Valley Business Journal, on Apr. 16, 2018,
“Nonprofit Homemaker”

END_OF_DOCUMENT_TOKEN_TO_BE_REPLACED 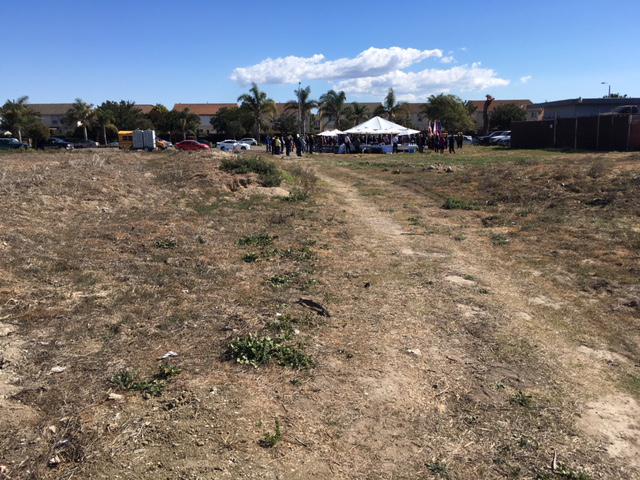 One survey puts their numbers in the dozens, while some non-profit groups think the numbers could be in the hundreds. A new, first of its kind project in Ventura County is hoping to get some of those homeless veterans into homes. END_OF_DOCUMENT_TOKEN_TO_BE_REPLACED

This editorial originally appeared in VC Star, on Feb. 21, 2018
“Affordable housing for veterans coming to Oxnard next year”

Vietnam veterans, advocates of affordable housing and local politicians gathered Wednesday morning in Oxnard to celebrate the groundbreaking of an upcoming project that will house Ventura County low-income veterans.

Many Mansions, a Thousand Oaks-based provider of affordable housing and services, will begin construction on the Oxnard property next month, with an estimated completion date of May 2019. The project, Ormond Beach Villas at 5527-5567 Saviers Road, will include 40 units for veterans and their families. END_OF_DOCUMENT_TOKEN_TO_BE_REPLACED 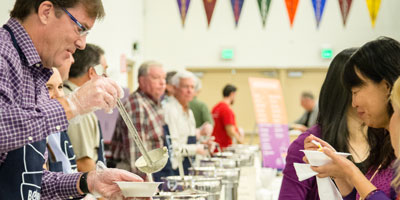 This editorial originally appeared in Conejo Valley Lifestyle, on Oct 24, 2017,
“Ladling Out The Love”

The Conejo Valley and its environs are wonderful places to live, but finding affordable housing for our homeless and low-income residents is often an issue. In fact, the dearth of affordable housing in our area has been an ongoing topic of discussion for nearly 40 years.

In early 1979, Frank Schillo called Thousand Oaks civic leaders together to try to find a solution to the high cost of housing here. Representatives of city government, business and faith communities, service clubs, nonprofits and others gathered to discuss ways of meeting the housing challenges.

END_OF_DOCUMENT_TOKEN_TO_BE_REPLACED 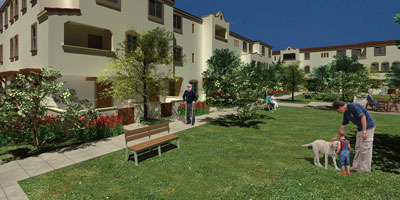 This editorial originally appeared in VC Star, on Nov 29, 2017,
“County’s first permanent housing for veterans near ready for Oxnard groundbreaking”

Action from the Oxnard City Council on Tuesday paved the way for a couple of affordable-housing projects.

With the approval of state bond allocations, nonprofit Many Mansions has secured enough funding to build Ventura County’s first permanent housing for veterans.